So basically…Gemini is running shit in the Cosmos, rn.

I got a Gemini story…you prolly thinking 💭

Cuz…don’t get me wrong, as a fellow Air Sun…Gems are my bitches. Cool asf. Down asf. Always got some off the wall story to tell…I mean…we 👯‍♀️ in Air ♊️ ♎️ ♒️

I didn’t know bout the

So, I wholeheartedly & willingly walked into the Lions den…and that other twin was like

To be fair, NY, aka Tiffany Pollard is a Cap Sun…but, guess what her Moon is: yep, Gemini, lol & if you’ve ever witnessed any of her antics (especially from Flavor Of Love) then…you’ll understand why I used her in gif form, as an example for the Gems.

Back to the delightful (they really are) Gems. I was scrolling through the TL, as many of us are doing now with this pandemic (staying home and keeping yousrself & others safe) and came across this: 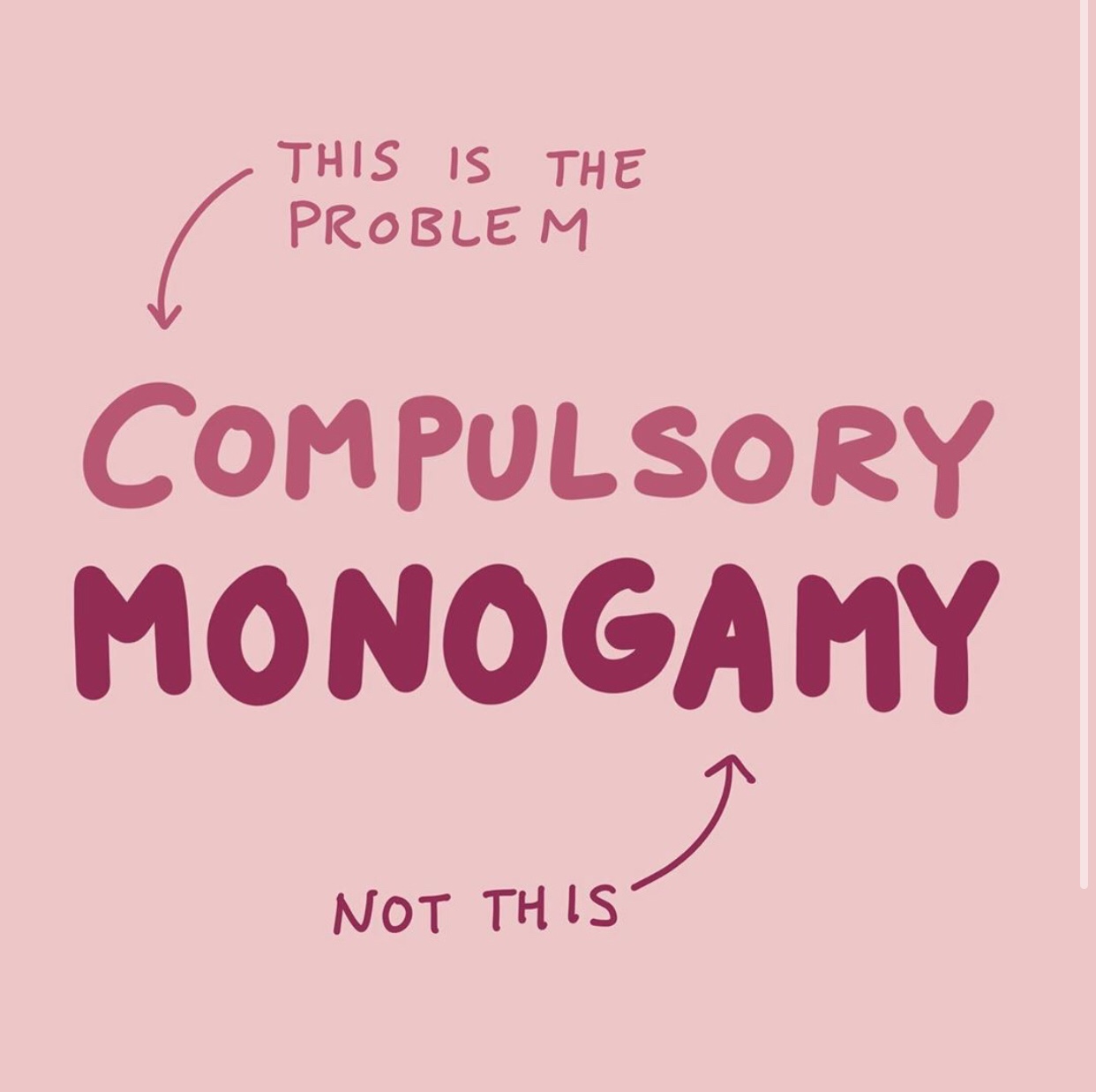 Because no one and I mean absolutely no one warned me about the nature of the Gemini. & lots of shit I read actually states that we are compatible signs-I don’t believe in that astrology compatibility shit anymore, tbh. If we vibe, we vibe.

(this is where my story begins) But it was cool. It was fun/light energy. We partied together. Did Molly together one New Years Eve with some of our friends…& we were both artists and foodies (can’t beat that, lol)

So…we did the things! Went on trips. Visited museums…all that cute shit you share with someone you like and love.

we got serious after a year (don’t @ me I’m a Capricorn Venus-we don’t rush shit like that. Have you met a Capricorn?)

So. After a year of dating she gave me an ultimatum of a title or nada…

So I got my ass gathered and we were official shortly after.

Here comes my Cap Venus into the room.

When I’m in a relationship with someone, I am 100% committed to that person/committing to longevity and possibly having a family (not just kids, animals count too) but all that. & since she was showing me (& telling me) that she wanted to go to the next level, I was like yeah.

And with that particular Twin…it was all good.

However…as the ATL nightlife and party scene became more & more of her reality and less of mine (bc I was working on a promotion at work & building a strong foundation for whatever we were gonna do) I didn’t go out as my much. She did. Even more. & don’t get me wrong, ain’t shit wrong with someone going out and enjoying themselves. I just didn’t have the time to keep that life poppin any longer.

So. As a Gemini and literally a social butterfly, her natural instinct is to be out and about. For me, as I was becoming more introverted and focused on work & building…we grew apart. Slowly, but surely & as time progressed, so did our differences in vibration.

My expectations based on assumption of her wanting to actually get married and raise a family…fucked me up.

Because she didn’t know or realize at that there was another aspect of her; her Twin was living it’s best gay Atlanta (night)life-

We had Ladies At Play, Girls In The Night, The Brown Sugar Vibe…I mean ALL the black queer things! God I miss that environment of seeing so many queers that looked like me everywhere. I digress.

So she was no longer interested in being a monogamous person. This didn’t happen until we were on year 2. That’s right, year 2.

If you know lesbians…two years for us in a relationship…is like 20’years for the straights. I’m just sayin

Wtf can I say (oh, I had a lot to say back then…trust) but I didn’t understand at the time, so I of course, I took it hella personally.

She expanded. She grew.

& what was once her way of being, as she matured, she realized was no longer her modus operandi.

Boy…being in love with someone and hearing those words expressed…not easy. I don’t think I’ve ever cried so much. Back then, I couldn’t understand that her wanting to be with other people was her stuff.

I thought it was me. Something that I lacked but…years after (with age comes wisdom) I see how her being honest with herself and me about who she was, helped me tremendously.

It led me, first and foremost, to this phenomenal book that helped me heal those relationship wounds and understand better:

I had never been so grateful for books in my life after reading these, especially when I needed the guidance and wisdom most.

So…since I knew that’s not what I wanted to do, I had to seek other resources. 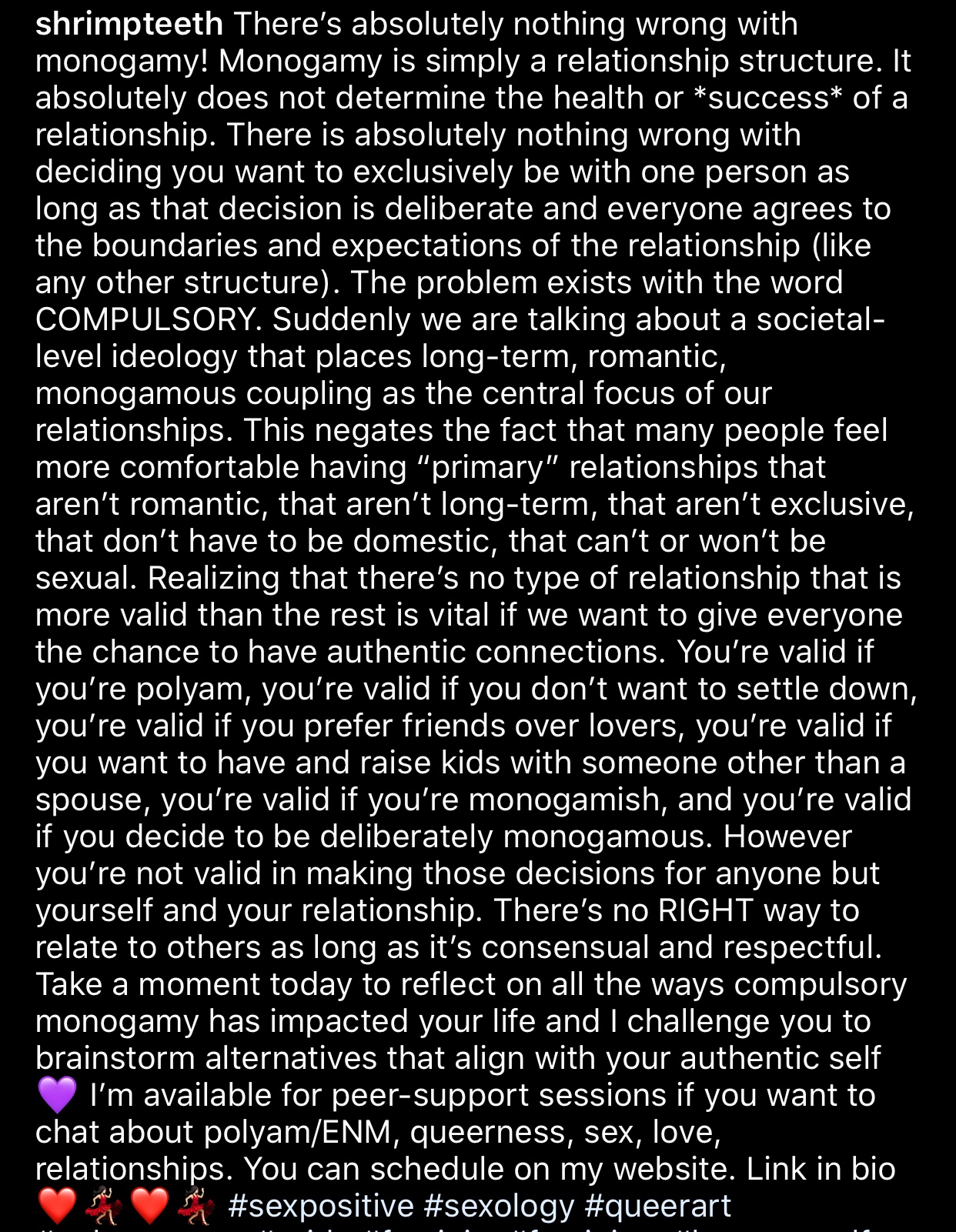 Everyone aint with that monogamy tip. & it’s perfectly fine. There’s levels to being human and loving and experiencing others. The conversations tho, definitely need to be had in the beginning for sure. Don’t get it twisted, as you can see with my ex, people can & have a right to change their minds & embrace who they are…We have the right to act accordingly.

I acted accordingly by crying & being sad for a hot minute (ok fine like 6 months) Trying to change her mind or perception of the situation…which ofc was fruitless bc I wasn’t supposed to.

I definitely learned what the fuck acceptance was.

She taught me, that relationship taught me, SO many things that I honestly needed to know, but had no clue about. Would I have preferred to have read about it rather than live it? Hell yeah! Lol but…that’s not how growth happened for me.

The spiritual alchemy that manifested after that relationship…priceless.

I learned so much about communication, or the lack there of…& to never assume shit (this is why communication helps).

To let humans be who they are, even if you don’t agree with it…bc it’s not your choice. Now don’t think you are powerless, bc you then have the choice to say

Yes, ima rock with this person. Or no, this isn’t for me

I was able to choose what I wanted, felt was best for me & that was to be single…cuz a while after she even…(oh Gemini’s)…asked me if I would be interested in joining the poly love fest…& I politely declined. Bc I know that life is not for me.

So. Yeah. Don’t assume shit & communicate often. Not just about random shit. Check in with yourself and with your person. You’re perspective and expression is valid, as is theirs.

Leave a Comment/Reply because You Can! Cancel reply